We started out by examining a large clod of soil under magnifying lenses and making detailed pencil drawings imagining we were soil scientists making an investigation. This activity proved to be quite captivating with many discoveries in the soil such as small insects and tiny shiny particles. 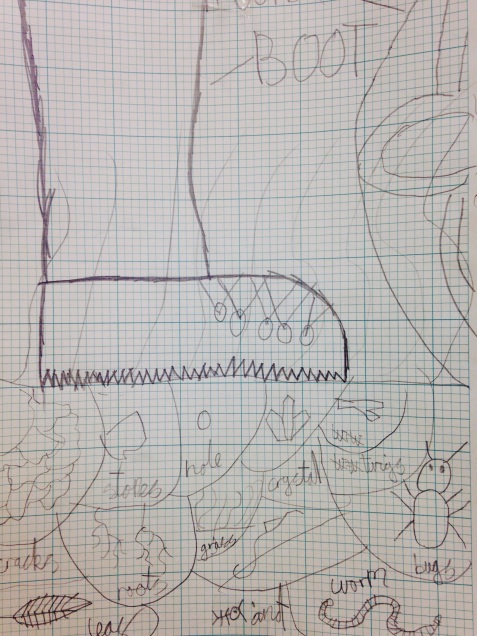 Next we thought about how people worked with soil in the garden and made some garden workers that we photographed in the school vegetable garden. With the next group I think I’ll expand this question to think about other people who work with soil and encourage more thinking about the tools used. 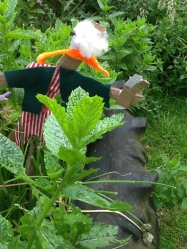 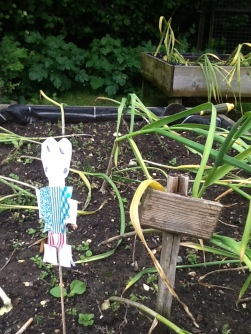 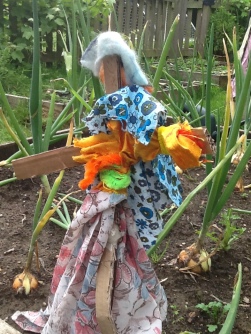 The following week I’d asked the students to bring different types of soil they found in their own environment. We started out by making a sample collection and naming the different types. It was the day of the England match and one of the soil collections was named after the team. The students examined the soils very closely and were able to distinguish between types that were visually very similar.

We experimented with using the soil as a pigment thinking about how paints are made using water and PVA as the medium. This activity gave the students a chance to really appreciate the colours, textures and components of each soil.

After exploring how it felt to use the paint and how to make marks with it I suggested that the children use the soil paint to imagine the underground world under a large tree. We started with a shared drawing to warm up and then moved on to painting, extending ideas by adding finer details with pens after the paints had dried. 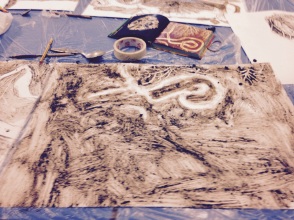 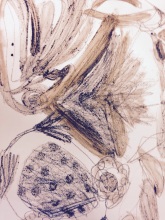 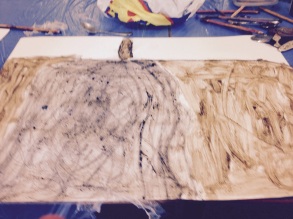 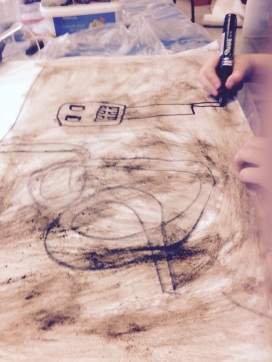